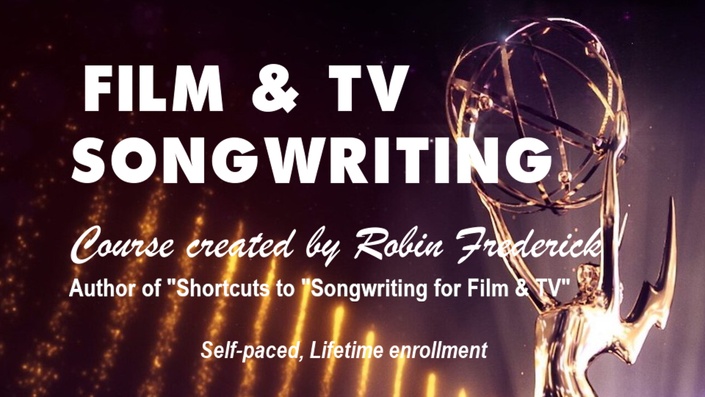 LEARN TO WRITE SONGS THAT WILL WORK FOR FILM AND TV. THEN PRACTICE YOUR SKILLS ON REAL SCENES.

The demand for songs in feature films, commercials, and television series is greater than ever. But it has to be the right song. The stakes are high; one song can bring a scene vividly to life while another can ruin it.

WHAT MAKES THE DIFFERENCE? EMOTION!

If you're thinking about pitching to film and television, you need songs that will enhance the EMOTION and ATMOSPHERE of a scene.

The emotion comes from you—your feelings and your experiences. The rest of it is the song craft I'll share with you in this course.

I'll show you how successful film and TV songwriters use the seven ingredients of emotion in their songs to evoke a response in the viewer. It's simply a matter of learning how to listen for those seven elements and then applying what you hear to your own songs.

7 instructional videos with scene examples.
15 scenes with the songs that originally appeared in them.
12 scenes and commercials for you to write to.
Lists of the most common scenes and emotions used in film and TV.

I don't think songwriters should have to spend a fortune to learn how to do what they love and reach for their dreams. You get lifetime access to the videos, downloadable PDFs, and all updates for just $45. You can even get your money back if you feel the course isn't worth every dime. Just ask me.

I promise this will be the best course you'll ever take on songwriting for film and TV!


"Hollywood TV pro’s know that they work in the emotion delivery business. Robin’s latest course –"Film and TV Songwriting: Using the 7 Ingredients of Emotion"—will open your eyes to the process and knowledge involved. It’s empowering!"

"Robin illustrates the 7 ingredients with contemporary relevant examples and plenty of 'aha!' worthy moments. The exercises and tips will help you improve your songs right away. If you are looking for a clear, engaging, and to the point course to help you make your music better for synch, this is it."

When does the course start and finish?
The course starts now and never ends! It is a completely self-paced online course. You decide when you start and when you finish.
How long do I have access to the course?
After enrolling, you have unlimited access to this course for as long as you like across any and all devices you own.
What if I am unhappy with the course?
If you are dissatisfied with your purchase, contact me in the first 30 days and I will give you a refund.
Does this course include song feedback?
No, this course doesn't come with feedback. 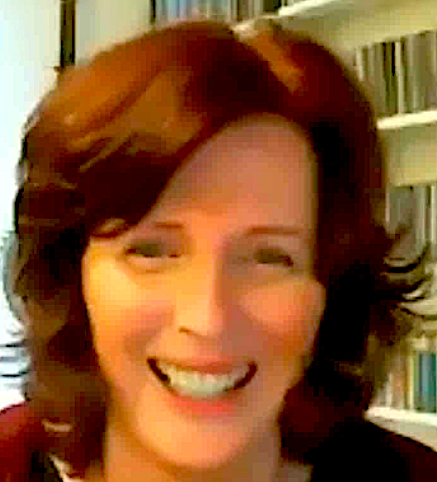 Robin Frederick is the author of five top-selling songwriting books, including Shortcuts to Hit Songwriting and Shortcuts to Songwriting for Film & TV. She has reached millions of aspiring writers through her highly-rated songwriting websites, MySongCoach.com and RobinFrederick.com, and her Songwriting 101 video series on YouTube.

Robin has written and produced hundreds of songs for television, records, films, theater, and audio products. Her songs have aired on the Disney Channel, PBS, and ABC television shows, among many others. She is a former Director of A&R for Rhino Records and executive producer of over 60 albums.

As an in-demand panelist and lecturer, Robin has given workshops at Musicians Institute, UCLA, USC, and more. She has mentored dozens of top music industry veterans, helping them communicate their knowledge of music and the music business to songwriters and recording artists.

Known for her real-world, often humorous take on the music industry and her ability to organize information into valuable, easy-to-apply lessons, Robin will show you how to aim for success while remaining true to yourself and writing your absolute best lyrics and songs.